Anzeige/Ad: Hi from New York Fashion Week! Those who follow me regularly, know that I have been working with Mercedes Benz for quite a while now. If you haven’t read my blogpost about the Mercedes Benz Fashion Engagement and the #mbcollective fashion story yet, make sure to read it here.

Today’s blogpost will focus on the fourth stage of the #WeWonder campaign and the amazing Opening Ceremony show in NYC.

Opening Ceremony and the drag scene

Opening Ceremony was founded in 2002 with the idea of bringing the designer’s love of travel and fashion to a concept store. It is known for its outstanding ready-to-wear collections and innovative collaborations.

Humberto Leon grew up gay in a traditional Chinese family in Los Angeles. Back then, magazines were his only source and connection to the gay culture. His family and friends were mostly straight. At fifteen, he discovered a Boys Club in Los Angeles. That was when he was introduced to the drag scene for the first time. It was a memorable time and place that became a home to him. Freedom, fantasy and friends that finally felt the way he did.

Carol’s and Humberto’s vision: freedom of expression and the celebration of individuality.

For Spring 2019 Opening Ceremony has teamed up with Sasha Velour, a gender-fluid drag queen and artist. She is the star of the drag theatre show Nightgowns in Brooklyn, performing drag in a way people have never seen before. Sasha’s work reminded the duo of their own journey and how they reached certain points in their lives. ‚The Gift of Showz‘ is a co-creation of Opening Ceremony and the whole drag community.

I am beyond happy that I had the opportunity to see the show live. It was an exciting and innovative change from the usual NYFW shows. It had nothing to do with a straightforward-presentation of clothes. A show with various guests of honor and surprises. A spectacle that celebrated the art of drag in New York and around the world.

The show took place at Le Poisson Rouge. An impressive venue which stages weekly drag shows and where art meets pleasure. The performers at the show weren’t models but colleagues and collaborators. West Dakota, Miss Fame and Jiggly Caliente are only a few to mention. Throughout the show, each of them wore custom designed looks, using the Opening Ceremony Spring 2019 fabrics. The audience included guests such as Nicki Minaj and Whoopi Goldberg.

Throughout the show Sasha Velour had a joke she played on the audience. She kept announcing performances from Christina Aguilera which all turned out in cardboard cut-outs of the singer or Christina lookalikes. And guess how the show ended? The one and only Christina Aguilera appeared onstage and performed live, wearing a sparkling custom gown from the new collection. What a night! 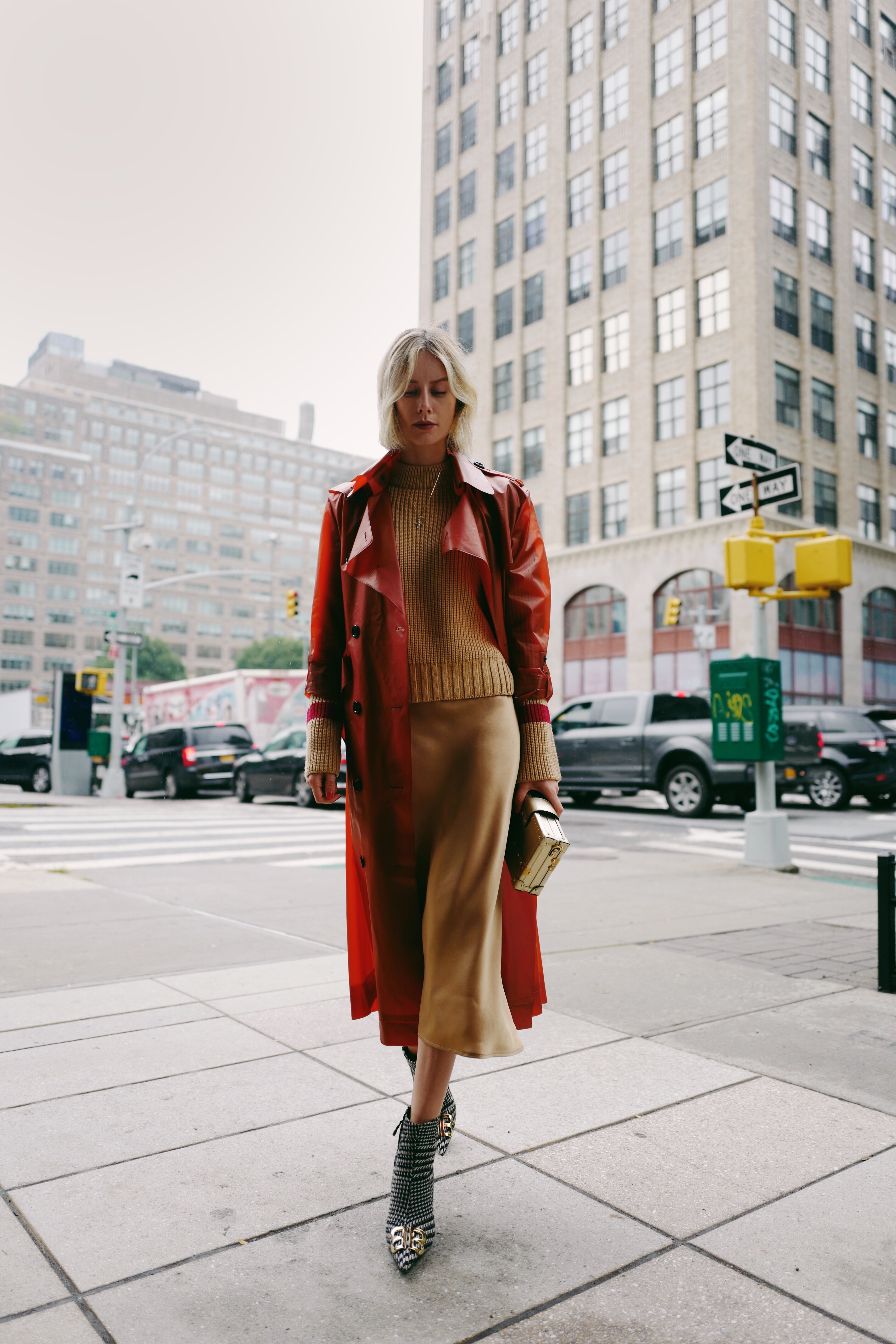 Lisa Hahnbück is a lifestyle, travel and fashion blog from Düsseldorf, Germany for women who love fashion and the latest trends and must haves of the season. 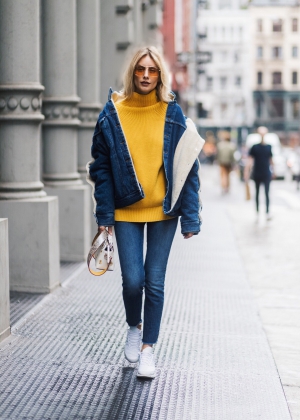 Layering Up with this statement denim jacket by Y/Project

Lisa Hahnbück is a fashion, travel and lifestyle blog from Düsseldorf, Germany for women who love fashion and the latest trends and must haves of the season. It's about giving inspiration and the courage for others to dress up-to-date without needing a big budget.

Lisa Hahnbück is craving for the perfect basic pieces, easy to come for everyone from Streetstyle to Fashion Week.

more about me and my blog →